Williamstown is drenched in history, visible in its heritage buildings, its naval legacy and its maritime magic. It therefore fits the bill perfectly for a fascinating and educational historical tour. Here are our top picks for an immersive trip through Williamstown’s history.

Nelson Place was the first commercial street in Victoria following early European settlement. The street is home to buildings such as the 1873 Customs House, as well as many heritage details like bluestone laneways and wrought iron street lamps. Opposite Nelson Place is the Commonwealth Reserve, where you will find the 1876 Wilkinson Memorial Fountain and the 1857 Tide Gauge House, where the Australian Height Datum was established. 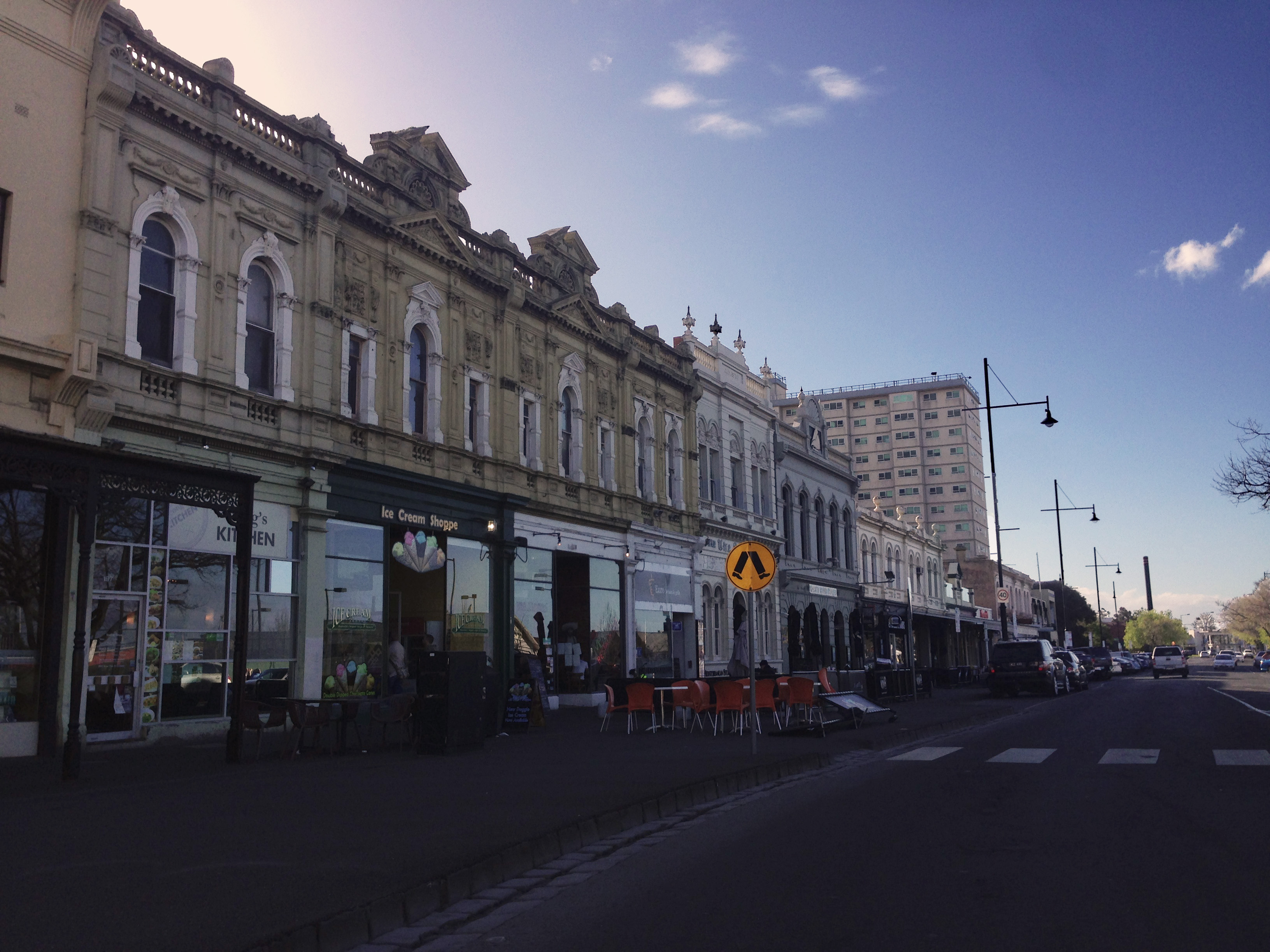 Constructed in 1859, this building operated as the local post office and community meeting place until 1979, and is the oldest standing post office building in Victoria. Nowadays it serves delicious Greek food, so you can appease your appetite after a walk around Williamstown’s sites.

Williamstown was a major cargo and passenger port in the 1800s. Gem pier was initially constructed in 1838, although has been reconstructed several times since. The pier docks the HMAS Castlemaine, a war ship of World War II, which is now a maritime museum. Hop on board to view exhibits inside the ship, taking you through Williamstown’s seafaring history. 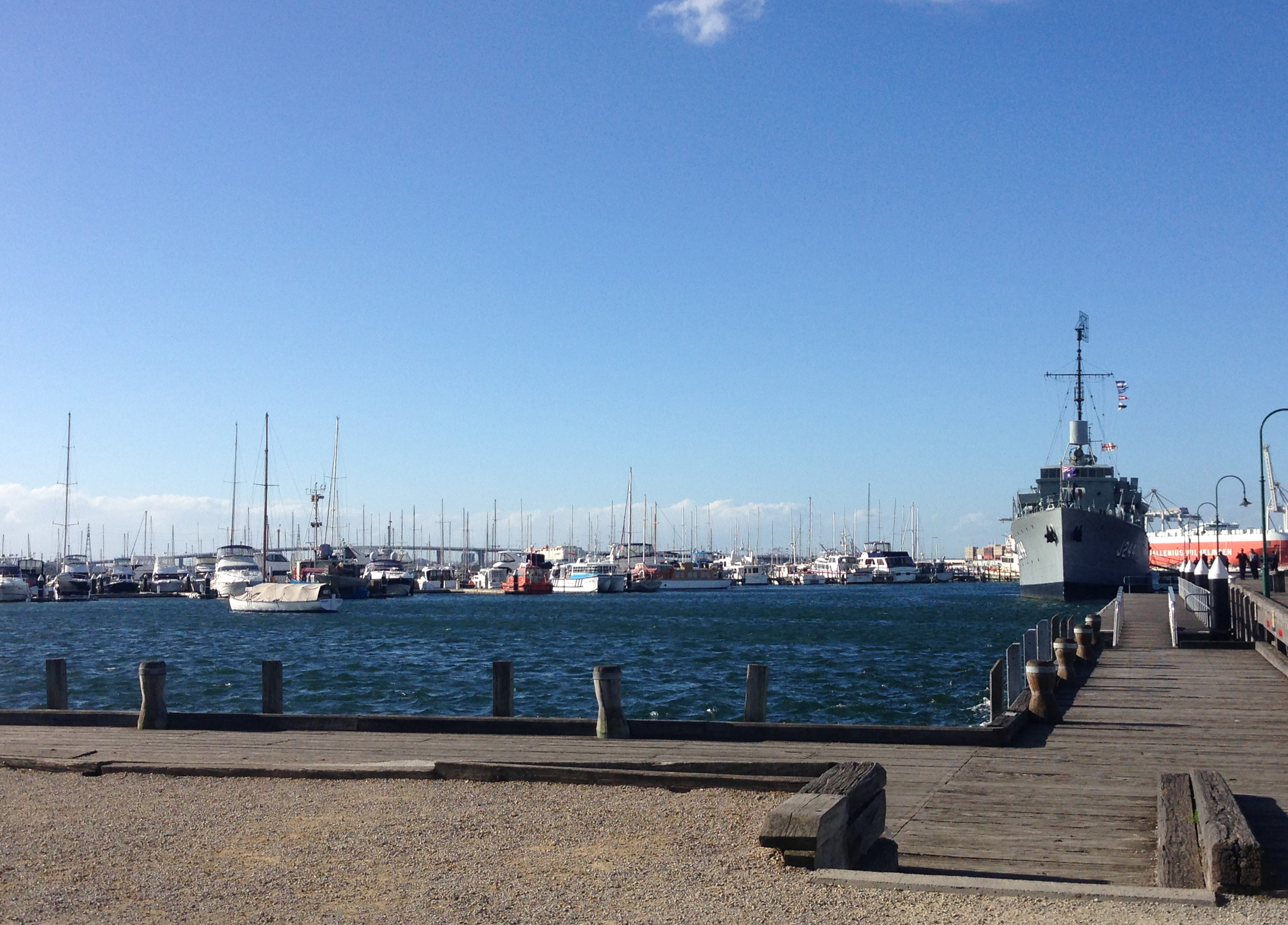 Built in 1856, this morgue was one of the first in Victoria. Like the Time Ball Tower, bluestone for the morgue was quarried by convicts. Prior to its construction, autopsies were conducted at pubs, which drew complaints leading to the construction of the morgue. Originally situated near Gem Pier, it was relocated several times due to continued complaints that it was deterring tourists. 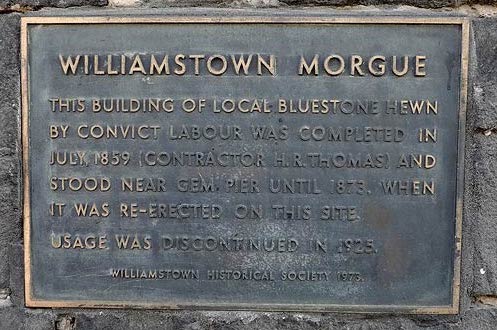 Like the morgue, and many other structures in Williamstown, the 1849 Timeball tower was constructed with convict labour. It was originally used as a lighthouse, making it the second oldest lighthouse in Victoria. It was later used to signal the time to passing ships, by dropping the ball atop the tower at 1 o’clock every day.

The bathers pavilion was originally erected in 1888 as a health resort, to accompany the 1856 hot sea baths which were later destroyed in a storm. In the 1930s, a dressing pavilion and lifesavers club were added, exemplars of the European modernist architectural style prominent at the time. Today the buildings operate as Shelley’s Beach Pavilion restaurant, where you can enjoy a glass of wine while overlooking Williamstown beach.

There are many more gems of history to discover in Williamstown, so keep your eyes peeled to discover its secrets. Guided tours can be organised at the Visitors Information Centre at the Commonwealth Reserve.

Looking for somewhere to stay. Contact us at City West Accommodation for a range of holiday apartments and homes.